Add description, images, menus and links to your mega menu

A column with no settings can be used as a spacer

Link to your collections, sales and even external links

Add up to five columns

The key to a well-kept beard is daily grooming and conditioning.  Our Amalfi Beard Butter is designed to condition, soften and smooth the beard while taming the beard from fly-aways.  This Beard Butter is naturally engineered with a blend of organic butters (shea and mango) and oils that absorbs easily and leaves a non-greasy feel.  Its lightweight, whipped consistency makes applying easy and effective for all beard types.  Simply put, this is the best beard butter on the market.

To use, apply a small scoop into your hands, rub to emulsify, and massage into your beard.  Use daily, morning and/or night, for best results.

Very pleased with the scent and feel in beard of my Amalfi oil and butter. Quality ingredients, choice of packaging and presentation all convey class, style and sophistication. I also have the Manhattan combo which I also enjoy. Don't need 20% discount for an additional purchase but not sure other scents offered would appeal to me.

I’ve used this stuff religiously since I found it. Works better than the typical balm as it doesn’t leave a greasy residue but still conditions and tames as it should. Can’t recommend it enough. 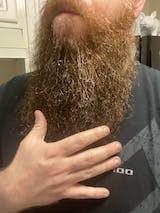 Several weeks ago I purchased Mr Pompadour Beard Wash, Beard Softener, Amalfi Beard Oil, and Amalfi Beard Butter. After using them on a regular regime for this time, I've found my beard extremely soft and able to be styled as I very easily. The Beard Wash and Softener give my face what I can only describe as a minty invigorating feeling. The Amalfi scent is awesome. I like a fresh clean smell. And the Beard Oil and Beard Butter meet this exactly. The image represents how I am able to style my beard with the mentioned products between visits to my guy Slim at Mr Pompadour in Raleigh. 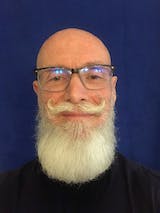 J
Jamaal Schools (Hyattsville, US)
Just What I need.

A nice smooth scented butter balm for my beard, then coated with some oil....beard game on point. Shout out to SLY for the reccomendation.

D
DW (Secaucus, US)
I’m a little conflicted on the butters

So I’m rotating between all 3 butters, as well as the Mr P beard oils. For starters, the butters seem to do a better job keeping my beard soft than the oils. Lately I’ve been combining them (first oil on an wet beard, then butter once dry) and the results are awesome: my beard is the softest it’s ever been. Second, the scents are good, but this is where I’m conflicted... the oils, in my opinion, smell a whole lot better than the butters. I think the oils smell incredible, but the same scents are just a bit off with the butters.

Also, the butters don’t seem to travel well. My recent order completely melted to liquid during shipping, and then re-solidified pretty hard once they had some time to sit at room temp. I attempted to stir and get it back to its whipped consistency, but I wasn’t very successful. It’s not the end of the world, just a little more difficult to scoop out of the jar. Frankly, the low melt point is probably good though, since it makes the product a lot easier to melt in your hands and apply.

All in all, I like the butters and they do a really great job moisturizering my beard and keeping it soft (especially when combined with the oils). I just wished they smelled as good as the oils.